An individual of many talents, Laura Lintott plays a key role in her school and community. In 2009, Laura traveled to Costa Rica on a humanitarian trip as a student leader where she worked alongside local students to help build classrooms, teach sports and set up a sustainable garden. Laura has also been incredibly involved with her school, McMath Secondary, including co-chairing a White Ribbon Campaign and 30 Hour Famine, starring in a number of theatre productions and serving on the executive of the Student Council. In addition, Laura created a Dental Hygiene Outreach Program where she collected dental hygiene products and distributed the materials along with instructions to people in the Downtown East Side. Laura is enrolled in the Life Sciences Program at Queen’s University and will begin studies there in the fall with the goal of being a pediatric orthopaedic surgeon.
​ 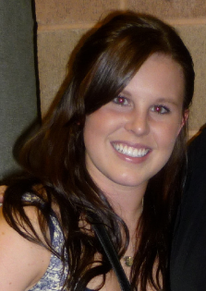 Alexa Dobie is an accomplished student athlete. For nine years Alexa has played on a hockey team in the Abbotsford Female Hockey Association and has been a competitive swimmer with the Abbotsford Whalers Swim Club. As well as playing the sports herself, Alexa invests herself in her community by volunteering her time as a coach: Alexa has coached young swimmers at the Abbotsford Whalers Swim Club since she was 13. In addition to her athletic endeavours, Alexa is a devoted science student who undertook an ambitious research project last summer on the effects of the Stevia plant on bacteria and continues her research at the University of the Fraser Valley. In addition, Alexa is also involved in the arts at her high school, Yale Secondary: last year she had a prominent role Yale’s production of the Sound of Music and she plays withher school jazz and concert bands. In the fall Alexa will begin studies at the University of the Fraser Valley in pursuit of her Bachelor of Sciences and plans to be a pediatrician.
​

Congratulations to the recipients of the 2010 Unlock your Future Scholarships! 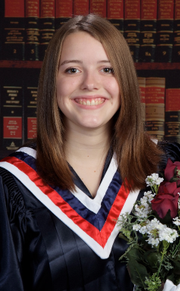 Kelsey Haveman is a natural leader who is devoted to her school and local community. A Yale Secondary School student, Kelsey has a long history of volunteerism. In her grade 11 year, she was selected to represent her school in Prince Edward Island at the Canadian Student Leadership Conference. As a member of the executive council on the Student Leadership Program, she has played a critical role in mentoring students, administrative duties, and overseeing events. In addition, Kelsey has worked as a key force behind events such as the 30 Hour Famine for World Vision, the annual Leadership retreat, Spirit Weeks and a “Canada Day in May” carnival. In the fall Kelsey will be attending the University of British Columbia to pursue a Bachelor of Arts Degree with the ultimate goal of a career in teaching.
​ 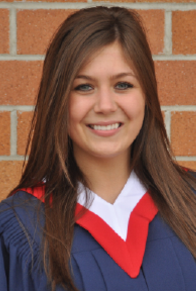