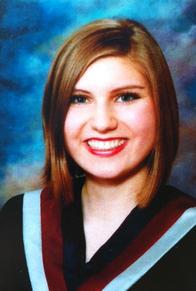 Congratulations to the recipients of the 2011 Unlock your Future Scholarships!

Cameron is an accomplished student athlete and musician. As a rower for both his high school team, Seycove Secondary School, as well as the Deep Cove Rowing Club, Cameron has spent much of his time on the water and has competed in local, national and international regattas and acted as a coach. Cameron is also a dedicated member of the Seycove music program, where he is part of the Seycove Choral Ensemble and a trumpet player for both the concert and jazz bands. The highlight of his high school career was in February 2011 when Cameron had the opportunity to perform at Carnegie Hall in New York City with the Seycove music program. Even though he maintains a rigorous schedule with many 5:30 am mornings between rowing and music, Cameron still found time to be active in other areas of his school and community including being an elected member of the graduation council and working with the Salvation Army to volunteer in Vancouver’s Downtown Eastside. Cameron looks forward to beginning university and plans to pursue a career in urban planning.
​ 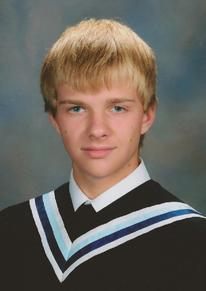 During her years at Merritt Secondary School, Suman held leadership roles as an executive member of student council and editor-in-chief of the MSS Yearbook. Throughout her high school career Suman has successfully juggled a demanding schedule as an athlete and dancer, playing basketball and volleyball, acting as captain of the soccer team and devoting countless hours as a dancer with the Royal Academy of Dance. In addition, Suman has been incredibly active in her community from coordinating a penny drive for the Merritt Soup Kitchen to running a coat drive for the Nicola Valley Food Bank. Suman is also the head instructor and director of the Smart Step Youth Association, which focuses on promoting a more positive youth stereotype in communities struggling with inter-generational relationships. Through Smart Step, Suman has helped coordinate numerous fundraisers benefiting local charities, organized community clean up efforts and has also created sports camps for children. Suman will begin her post-secondary career in the fall at the University of British Columbia.
​

Recently recognized as one of the North Shore’s Top 30 Under 30, Kelly Trach has a long history of volunteerism and has dedicated her time during her high school career at Rockridge Secondary School to a number of efforts. She acted as an executive member of the Interact Rotary Club where she coordinated fundraisers, had the role of student chair for the North Shore Student Leadership Conference and was a youth councilor for the Youth Advisory Council. One of Kelly’s primary projects was the creation of a Free the Children chapter at her school where she took the initiative as a co-founder and co-chair. Through her work with Free the Children, Kelly and her peers succeeded in building two schools in Ecuador and a well in Sierra Leone. Kelly’s latest project is organizing a trip to Kenya to build a school there.  Kelly will begin studies in the fall to pursue her Bachelor of Commerce.
​ 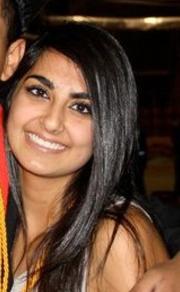