Lorena is an active citizen both in her school and in her community. During her high school career at W.J. Mouat Secondary in Abbotsford, Lorena was involved in various volunteer positions. This includes participating in the Character Council, which organizes school events to promote W.J. Mouat's character values and the Benevolent Nerd Society, a club of senior students who tutor their peers. Lorena is also a leader in her community, where she has volunteered with Big Brothers/Big Sisters as a teen mentor and sorted donations for aid relief in Haiti at the Mennonite Central Committee Thrift Shop. Since 2008, Lorena has been a leader and event coordinator with Friendships Across Cultures.This program is run through Abbotsford schools to promote the integration of youth new to Canada and promote cultural understanding and learning.  Lorena is also a talented artist: she has been recognized with art awards and has also had her worked displayed in local art shows. In the fall, Lorena will begin her post-secondary education at the University of British Columbia in Applied Sciences.
​ 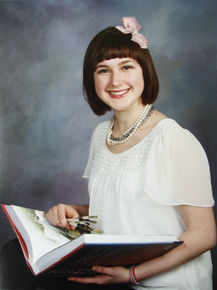 Lisa is a community minded individual. During her years at York Memorial Collegiate Institute in Toronto, Lisa has been a driving force behind a number of student organizations. Lisa is the vice-president of the student council, where she takes on a leadership role by supervising student body activities and collaborating with other school clubs. As president of the Economics Club, Lisa initiates discussions and debates current economic issues with her fellow club members each week. In her role as president of the Outdoor Adventure Club, Lisa coordinated and lead over 15 major field trips that have included more than 600 students. Since 2010, Lisa has been the student coordinator of the Terry Fox Committee. Under her two years of leadership, the school raised the most amount of money in its history. In addition to her extensive leadership and volunteering roles through school clubs, Lisa is also a member of York Memorial Collegiate Institute's cheerleading team and has competed on a national level. Lisa will be attending Queen's University in the fall for Commerce and hopes to pursue a career as a chartered accountant.
​

Sukhmeet is a student leader. In his years at Tamanawis Secondary School in Surrey, Sukhmeet has been an influential member in numerous school groups. As the assistant accountant for the Empowerment Club, Sukhmeet coordinated a talent show that focused on domestic violence and raised money for kiva.org. In October 2011, Sukhmeet founded Students Without Borders: a club whose aim is to help serve third world countries and the local community through welfare projects and fundraising events. The main club goal for this year was to raise $5000 to build a well in Kenya: they surpassed their goal and raised close to $7500. In addition to his school involvement, Sukhmeet has also taken on various leadership roles in his community. As a member of the Surrey Leadership Youth Council, Sukhmeet organized a conference exploring issues linked to multiculturalism called "Youth Speak Up." Sukhmeet is also the district representative of Metro Vancouver's Youth Sustainability Network where he coordinated a symposium related to water issues. Sukhmeet is spending the summer volunteering in Ghana and will begin his studies at McGill University in the Faculty of Science in September.
​ 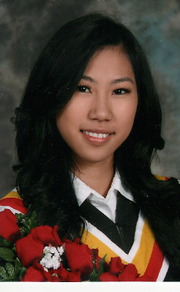 Congratulations to the recipients of the 2012 Unlock your Future Scholarships! 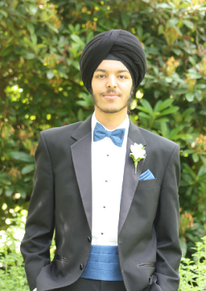