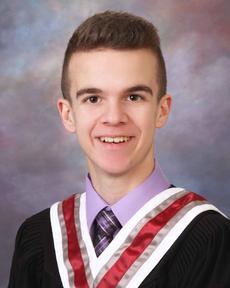 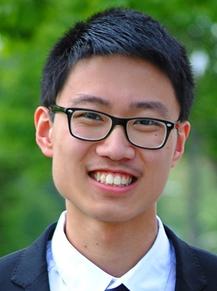 Newton Zheng is an aspiring social entrepreneur. As the founder of Project 5k, he has created a network of over 1000 youth volunteers that spans from Canada to Indonesia. Through Project 5k, Newton connects community-minded youth with organizations in need of volunteers. In addition to extending the arm of Project5K into global communities, Newton has also traveled to provide support firsthand. He recently returned from the Dominican Republic, where he helped build a home for a family in need and led the first high school division trip with the Canadian charity, Siempre Juntos Mas Fuerte. In addition to his community pursuits, Newton is also an accomplished athlete. He is a national badminton champion and a three-time provincial champion in Ontario. Newton will be studying Commerce at Queen's University in the fall.
​

Antonia shines as an athlete, musician and leader. Active in the karate community as a competitor and volunteer, Antonia has competed at the Provincial level and also led a team at the BC Winter Games. She has also shared her passion for music with fellow students. Antonia plays five instruments and she has volunteered as an instructor at summer band camps for three years. Antonia has also contributed directly to her community of Campbell River as well as global communities. She played an influential role in leading a Polio Awareness campaign that raised enough funds for the purchase of 171 vaccines in developing countries. Antonia was accepted into the competitive University of British Columbia Pre-Med Alternative Path program and will begin her university career there in September.
​

Connor is an accomplished student who has enriched his community. As a member of the Youth Arts Council through Place Des Arts, Connor helped coordinate numerous events in support of the arts. By engaging youth in artistic opportunities, Connor introduced them to the value art can add to their lives. Connor is also an experienced actor. In recognition of his work, he received a Young Actors Award in Los Angeles and a Joey Award in Vancouver. In addition to the arts, Connor is also an active volunteer with Eagleridge Hospital. In his role as Team Leader of the Volunteen Program, Connor coordinates the youth volunteers and takes the initiative to create a welcoming environment for patients. Connor will be entering the Faculty of Applied Sciences at the University of British Columbia in the fall. ​