Congratulations to the recipients of the 2019 Unlock your Future Scholarships!

Rolande is a powerful voice in the adoption community. After serving as a youth facilitator at Adoption Attachment Seminars hosted by the Faith and Love Children’s Ministry, Rolande took the initiative to spearhead her own project. She founded Faith and Love Kids’ Club, a community support group for adopted children and youth. Through events ranging from cultural crafts to family dinners, Rolande creates opportunities for adopted children/youth and their families to connect. In recognition of her community efforts, Rolande was awarded the Scotiabank Youth Award. As part of her prize, Rolande received $2500 for a charity of her choice which she donated to the Faith and Love Children’s Ministry. Outside of her community work, Rolande is an accomplished basketball player and helped lead her school team to two consecutive second place finishes at the provincial championships. In April, BC Sports Hub recognized Rolande with a Top Player Award. Rolande will be attending Trinity Western University where she will play varsity basketball and pursue her Bachelor’s degree in Clinical Psychology. 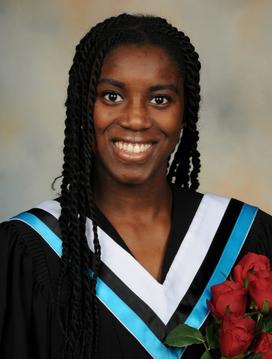 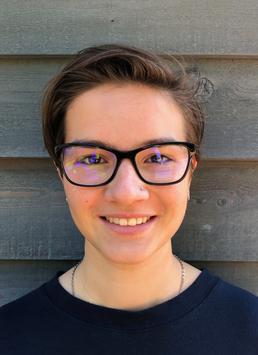 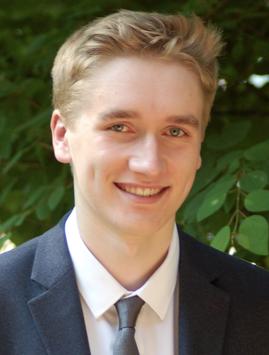 Griffin is a champion for community organizations that support the conservation of nature. With a volunteer history spanning over ten years, Griffin’s passion for the environment started at an early age with his local fish hatchery. When that facility was lost in a fire, Griffin raised over $800 towards the fundraising campaign to rebuild it. Griffin took his environmental stewardship to the next level in 2017 when he founded Wishful Thinking. When Griffin saw a need for help among non-profits committed to nature and sustainability, he took action. Through Wishful Thinking, he creates and publicizes the wish lists of these local charities on his website and then collects the items to fulfill them. To date, Griffin’s efforts have raised $7000 in donated items and funds for charities. Griffin’s environmental stewardship has been recognized with local and national awards including the Governor General of Canada Sovereign’s Medal, the Canadian Wildlife Foundation Wade Luzny Youth Conservation Award and the Dr. M. Wosk Environmental Leadership Award. Outside of his work with the environment, Griffin volunteered with other community projects such as the Hot Potato Initiative and he was also a high-performance swimmer with Simon Fraser Aquatics for nine years. An aspiring engineer, Griffin will begin his post-secondary education at UBC this fall.
​

Molly Long creates opportunities for students to thrive. Last year, Molly helped raise $12,000 to make it possible for her school’s math team to travel cross country to compete. They became the first math team in the school’s history to accomplish this.  Molly went on to co-found her school’s Math Club and fundraised to start a Math Club Scholarship. As an athlete, Molly not only serves as the MVP and captain of her Volleyball Team but also encourages others to engage in sports. A founding member of the Athletic Leadership Club, Molly collaborated with fellow athletes to create opportunities for younger students to participate in sports. This is one of many school initiatives Molly has helped usher in. Her contributions range from being on the team that spearheaded the recycling program to helping start the first SOGI Club. Recognized as the top student in her school, Molly’s academic and community pursuits have also been recognized with a number of awards including the University of Toronto National Book Award and the Loran Provincial Award. Molly will enter the Engineering Science program at the University of Toronto as an Arbor Scholar in September.
​