Congratulations to the recipients of the 2021 Unlock your Future Scholarships!

Manny Panghli has dedicated his efforts to battling food insecurity in his community. During his high school career, Manny has helped collect over 1100 lbs of non-perishable food items for various food banks. Last year, in response to the COVID-19 pandemic, Manny founded Feed the Minds. Recognizing the increased demand on food bank resources due to the pandemic, Manny set out to help. Through this, he secured a $750 national service grant and also went on to collect 166 lbs of food for the food bank. From raising hundreds of dollars through a Butter Chicken Fundraiser to securing donations from local grocery stores, Manny’s efforts have resulted in raising funds that have supported food security initiatives. Also an accomplished athlete, Manny secured a position in the Okanagan Hockey Academy in his senior year. Manny looks forward to beginning his post-secondary education at TRU.                          ​

Simon Long is a problem solver. When he started at a new school that did not have a boys' volleyball program, he took the steps to create one. After creating a proposal for administration, securing a coach and recruiting players, Simon became a founding member of the first boys’ volleyball team in his school’s history. The program blossomed, resulting in junior and senior teams that are now a permanent part of the sports offerings as well as a team at another school in his district. Simon’s keen eye for identifying problems and creating innovative solutions has carried into other areas of his community, including fundraising over $6000 to support math scholarships. Outside of community initiatives, Simon has an impressive athletic history having been named to the Biathlon Provincial Development Team in 2019 and winning both gold and bronze at the 2018 BC Winter Games for biathlon. Also an avid musician, Simon has produced three albums of his own original songs. In the fall, Simon will pursue his degree in Computer Science at Queen’s as a Schulich Leader. 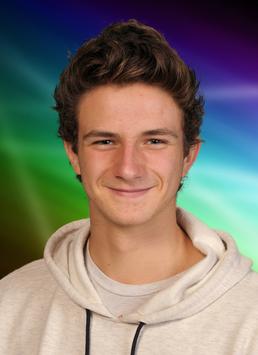 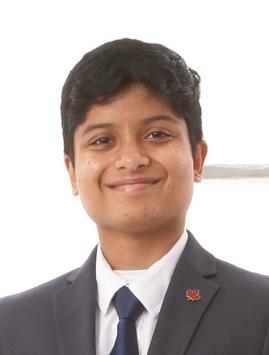 Abi leads with compassion. She has carried that into her community in a multitude of ways. As the President of the VanCare Club, Abi spearheaded the creation of care packages and backpacks for individuals in need. She focused her work on empowering youth to take action, and that is also reflected in her role as Youth Council President for the Marpole-Oakridge Community Center. There, Abi mentored youth and created a series of workshops to teach core life skills. Abi’s other initiatives include volunteering at the food bank, serving as a Cadet Sergeant and organizing a week long virtual mental health fair as the president of the Mental Health Network. Abi aspires to become an emergency physician where she hopes to save lives and solve problems such as the barriers faced by many minorities in the healthcare system. In September, Abi will begin her studies at UBCO in pursuit of her BSc in Life Sciences.
​